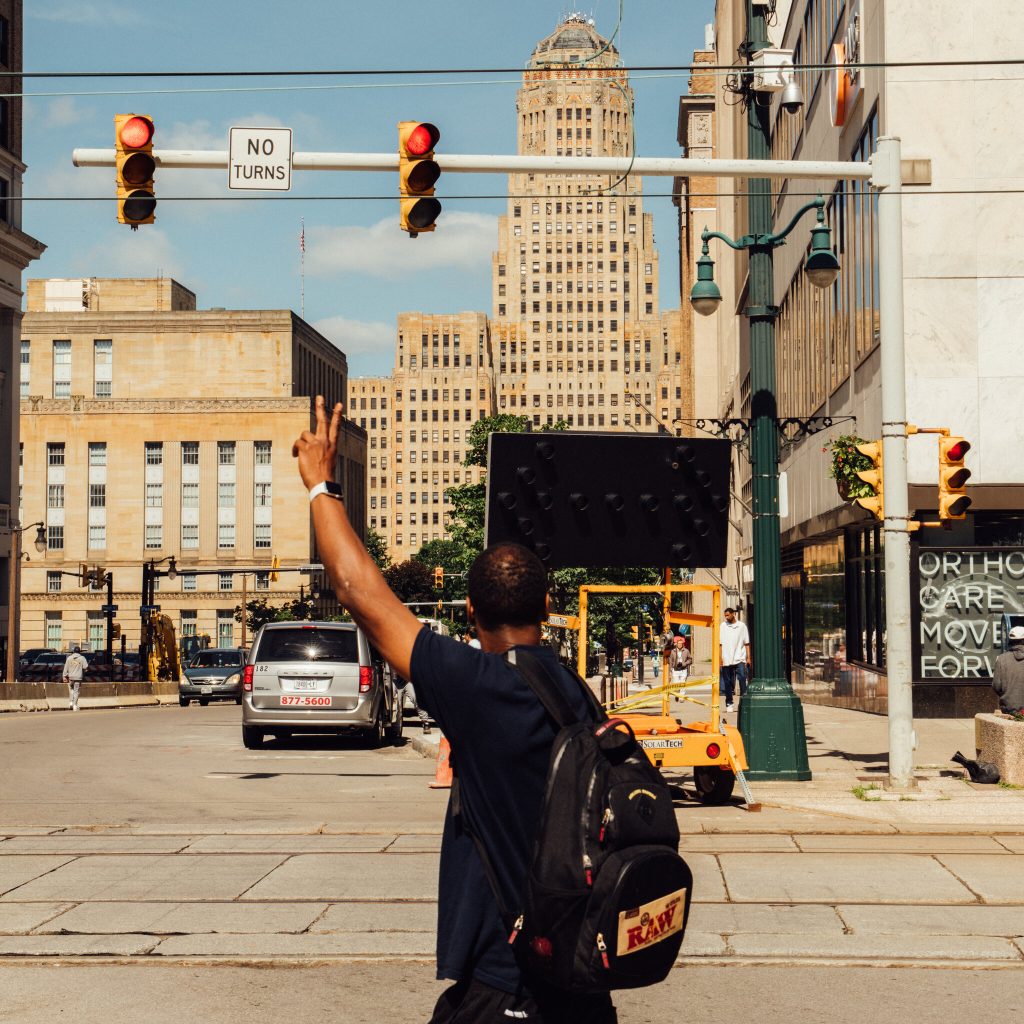 Buffalo’s ‘Other Story’ Is Told in Redevelopment and Growth

Story originally ran on July 3, 2022 in The New York Times

A decade-long effort to transform industrial relics is showing signs of progress and expanding the city’s population for the first time in 70 years. 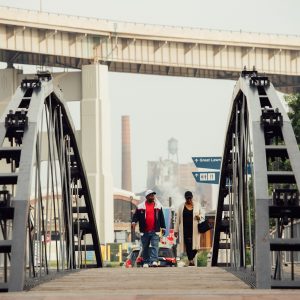 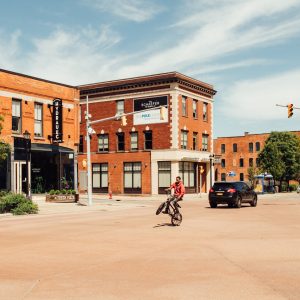 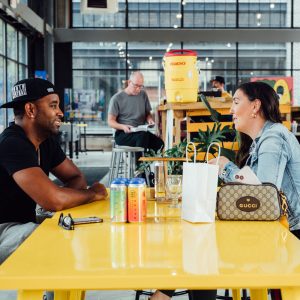 Buffalo was riding a decade-long economic turnaround when a racially motivated attack by a gunman killed 10 people in May, overshadowing the progress. While the city grieved, it also had to reckon with unflattering portrayals of the East Side, the impoverished neighborhood where the massacre took place.

Those harsh takes tell only part of the story, say residents, business owners and city officials. Now, they are determined to put the focus back on the recovery.

Major efforts to improve the East Side have been afoot for years, like new job-training facilities and the overhaul of a deserted train station. And citywide initiatives to pour billions into parks, public art projects and apartment complexes have made Buffalo a more desirable place to live, advocates say.

Those efforts may have even reversed a chronic population decline: The latest census figures show Buffalo’s population has increased for the first time in 70 years.

“The other story about Buffalo needs to be told, that investments are being made,” said Brandye Merriweather, the president of the Buffalo Urban Development Corporation, a nonprofit group that works to repurpose empty city-owned lots.

“I am very sensitive to the issues that the shooting has raised,” said Ms. Merriweather, who grew up across the street from where the shooting took place and still has family in the neighborhood.

The wave of progress began in 2012 when New York’s governor at the time, Andrew M. Cuomo, pledged $1 billion in grants and tax credits as part of a revitalization effort, and it has been fueled by a mix of taxpayer funds and private investments in the years since.

Perhaps the most visible sign of Buffalo’s changing fortunes are its new apartments, which turn up in empty warehouses, former municipal buildings and longtime parking lots converted into much-needed housing. In the last decade, 224 multifamily projects — encompassing 10,150 apartments, most of them rentals, the equivalent of about $3 billion in investment — have opened or are underway, according to the office of Mayor Byron W. Brown.

And the pace of new housing appears to be quickening: A third of the total, or 78 projects, were unveiled just in 2020 and 2021, the mayor’s office said.

Among them is Seneca One Tower, the city’s tallest building and one of Buffalo’s most prominent projects. Completed in 1972 as a home for a bank, it sat vacant in recent years. Now, the 40-story downtown spire features a variety of uses after a $100 million renovation. 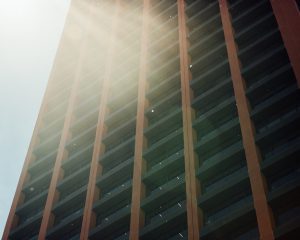 Among the most visible signs of Buffalo’s changing fortunes are its new apartment developments, like Seneca One Tower, a former bank headquarters. 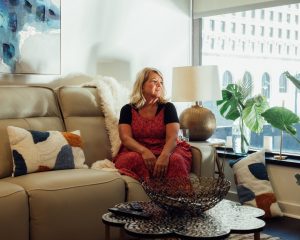 Barbara Foy and her husband moved into Seneca One this spring after years in the suburbs.

Douglas Development, which bought the tower six years ago, added 115 apartments while also installing a food hall, a large gym and a craft brewery. It also raised walls around a plaza to curb Lake Erie winds.

Barbara Foy, 64, who began renting a two-bedroom apartment at Seneca One this spring with her husband, Jack, 65, said she enjoyed sleeping with her blinds cracked to enjoy the glitter of the skyline. For almost three decades, Ms. Foy worked around the corner as a social worker, though she never really stuck around at night, instead driving back to her home in the suburbs.

But revitalization has helped her see Buffalo in a whole new light. “There seems to be something going on every weekend,” Ms. Foy said, adding that she enjoyed the city’s Pride parade in June. “Buffalo has really come alive, and I’m so proud of it.”

Office leasing has been slow. About 70 percent of the spaces at Seneca One are rented, most of them to M&T Bank, which is based in Buffalo, as well as a dozen small tech firms. The vacancy rate for top office buildings downtown was 13 percent at the end of last year, according to the brokerage firm CBRE, down from 14 percent in 2020.

Residential leasing, on the other hand, has been robust. It took just nine months to rent all of the apartments at Seneca One after they hit the market in fall 2020 for up to $3,000 a month, said Greg Baker, a director of development at Douglas. Buffalo’s median rent is $800 a month, according to census figures. 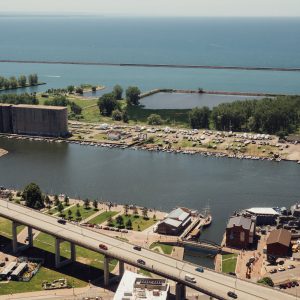 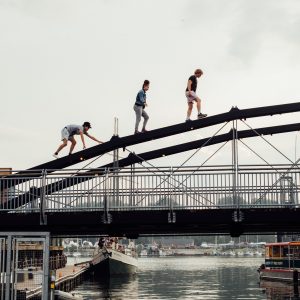 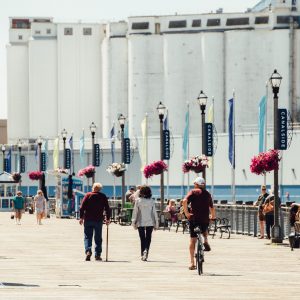 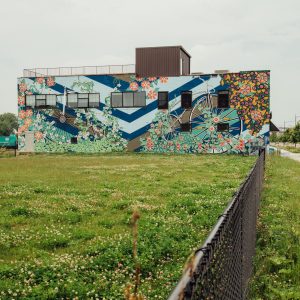 Canalside, a mixed-use neighborhood, is arising along a remnant of the original Erie Canal, and murals and new sidewalks freshened up Niagara Street.

Since its Seneca One purchase, Douglas has acquired about 20 properties in the region, including former hotels and hospitals that will be converted to housing.

In a spread-out city that’s sliced up by highways, improving infrastructure has been a priority, too, though efforts so far have mostly come to fruition on the West Side. For instance, a stretch of Niagara Street near a bridge to Canada that was once lined with auto dealerships now gleams with new sidewalks, streetlights and a protected bike lane. Bike shops and restaurants have revived dilapidated storefronts there, too.

Nearby, workers are about to begin a $110 million overhaul of LaSalle Park, a 77-acre waterfront green space that’s hemmed in by Interstate 190. Plans call for a wide pedestrian bridge over the highway.

Softening the rough edges of Buffalo’s commercial past is also a focus downtown, at Canalside, a neighborhood-in-progress that hugs a short remnant of the original Erie Canal. On a recent afternoon, school groups milled around signs explaining how Midwest wheat and pine once flowed through Buffalo en route to Europe. Movie nights and yoga classes take place on lawns nearby.

“Buffalo may have a ways to go, but it still has come a long way,” Stephanie Surowiec, 32, said as she sat in the sun sipping a hard cider bought from a nearby stand. A nurse who grew up in Buffalo’s suburbs, Ms. Surowiec lives in the city limits today.

If there’s a model for how Buffalo can wring new uses from its industrial hulks, it might be Larkinville, a former soap- and box-making enclave in the city that developers reinvented as a business district about a decade ago. Blocklong factories that now hold offices huddle around a plaza dotted with colorful Adirondack chairs. Wednesday night concerts are a summer staple.

Makeovers of a similar scale are fewer on the East Side, but that could soon change.

This spring, officials announced an infusion of $225 million for the neighborhood, including $185 million from the state. Among the funding is $30 million for an African American heritage corridor along Michigan Avenue and $61 million to redevelop Central Terminal, a 17-story Art Deco train station that had its last passengers in 1979.

In June, Gov. Kathy Hochul announced an investment of $50 million for the East Side to help homeowners with repairs and unpaid utility bills. 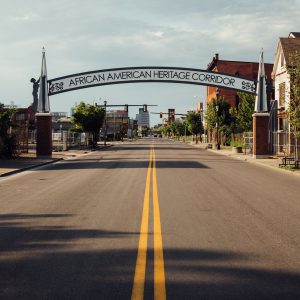 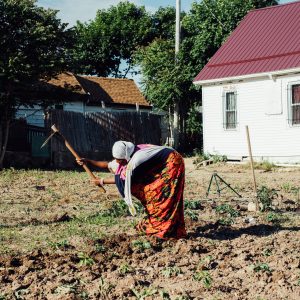 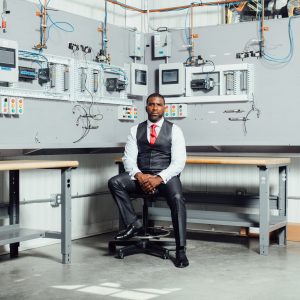 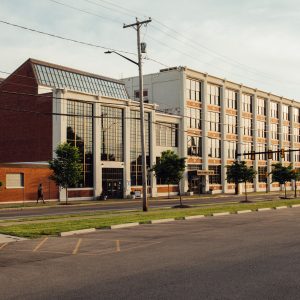 East Side redevelopment has been slower than elsewhere, but the Northland Workforce Training Center has yielded results for city residents like Derek Frank.

Some projects have already produced tangible results, like the redevelopment of a 35-acre portion of factory-lined Northland Avenue. Though many of the neighborhood’s properties remain derelict, one, which made machines for metalworking, was reborn in 2018 as 237,000-square-foot Northland Central, an office and educational complex. It includes the Northland Workforce Training Center, which teaches job skills to area residents.

“The impact of the place has been phenomenal,” said Derek Frank, 41, who enrolled in classes after serving an eight-year prison sentence for dealing drugs. Today, Mr. Frank is employed as an electrician, as is his son, Derek Jr., 21, who attended classes alongside his father.

“Them putting that building right here in the heart of the city makes it accessible and convenient,” he added.

But East Side redevelopment plans have sometimes hit bumps. An effort to create a cluster of hospitals called the Buffalo Niagara Medical Campus has caused gentrification. But advocates point out that the hospitals, which employ 15,000, have picked up some of the economic slack after factories shut down. 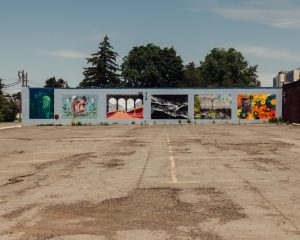 Murals on the city’s East Side brighten up walls exposed by demoliton. 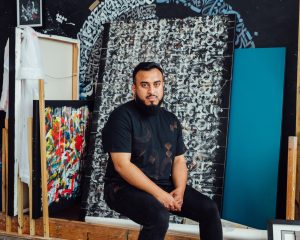 Muhammad Zaman is one of several muralists hired by the city in a bid to improve blocks.

Buffalo enjoys a steady stream of immigrants, like the family of Muhammad Z. Zaman, which immigrated from Bangladesh in 2004 in part because Buffalo was one of the few places in the United States with an Islamic grade school, Mr. Zaman said.

Today, Mr. Zaman, 31, a working artist, is one of several muralists hired to add bright designs to walls of buildings left exposed by demolitions. One of his creations, which incorporates Arabic calligraphy that translates to “our colors make us beautiful,” jazzes up the side of a structure on Broadway.

“When we first moved here, I felt like we were the only Bangladeshi family,” said Mr. Zaman, who noted that there wasn’t a single halal-style restaurant in Buffalo in the mid-2000s, versus about 20 today. “Now, people are coming here from all over the place.”