Most manufacturers in the last year have attempted to hire skilled labor. A shortage of workers has plagued the industry for more than a decade, but the problem was magnified by the pandemic.

Still, Stephen Tucker, CEO of the Northland Workforce Training Center, recently fielded “concerns” from hiring personnel at a local company as to whether his students would succeed in these positions.

“I asked where else they’re finding candidates for those positions, and they said, just off the street,” Tucker said. Northland has “an 88% placement rate. Our candidates when they graduate, have two or three job offers.”

Tucker said the “concern” might have had less to do with his students’ capabilities and more to do with the fact that more than half of his students are inner-city residents or people of color.

“We have to have these conversations and start calling out those attitudes if we are truly striving for inclusive access and equitable opportunities for all,” Tucker said. “I do think there are some preconceived biases placed on people of color and women in manufacturing. Unbiased, fair opportunities matter in creating a welcoming culture.”

In the 2020-21 school year, 46% of Northland students were white, 43% African American, 8% Hispanic, and 3% were Asian, Indian American or “other.” The trade school’s location at 683 Northland Ave., in a diverse East Side neighborhood, was no accident.

“That was intentional, because we wanted to be a hub to transform this community,” he said.

Tucker knows, however, those demographics are not representative of the greater manufacturing industry in Western New York or across the nation. Of the 14.7 million people employed in manufacturing nationwide in 2021, about 79% of them were white, according to the U.S. Bureau of Labor Statistics. In comparison, 61.6% of the U.S. population is white, according to 2020 Census data.

“It is a mountain, but I think we just have to keep developing the pipeline,” Tucker said. “The way we build the pipeline to increase diversity in non-diverse places is by telling people about those jobs. The biggest thing is creating those cultures that will support diverse candidates and hiring and promoting diverse people in leadership.”

Artrell Williams, training manager at Sumitomo Rubber USA in Buffalo, said he’s noticed a lack of representation, especially among leadership and ownership, in the manufacturing field.

“As you move higher into the leadership roles, you really don’t have the representation for gender or ethnic groups,” he said. “When you talk diversity in general people say, ‘We’ve extended invitations to everybody, so it’s not our fault.’ But it’s really about making someone feel comfortable in that space.”

Comfort has a lot to do with why diverse candidates may not seek out promotion opportunities, too, Williams said. They may feel that if promoted, subordinates may resent or disrespect them, he said, or that their supervisors may not fully support them in that new role.

“People need to know they have support and that if they move up or are promoted, that it won’t put a target on them,” Williams said. “I think what happens at the top dictates what happens in the rest of the organization. We all know that representation matters.”

Companies can provide resource groups or mentorship programs where women and people of color feel their voice can be heard and they are supported, Williams said.

“A lot of these places where people need employees are outside the bus route,” Williams said. “An employer may need to set up some sort of shuttle service. If you make it easier for people to get to these jobs, more people will apply for these jobs.”

John Somers, CEO of Harmac Medical Products, attributes the company’s success to its diverse workforce. Harmac employs 400 at its East Side facility and is on three bus routes. The company employs 1,200 people across its three facilities, one in Mexico and one in Ireland.

“We have 42 nationalities represented among our employees across the company and 21 in Buffalo,” Somers said. “The employees are the lifeblood of who we are.” 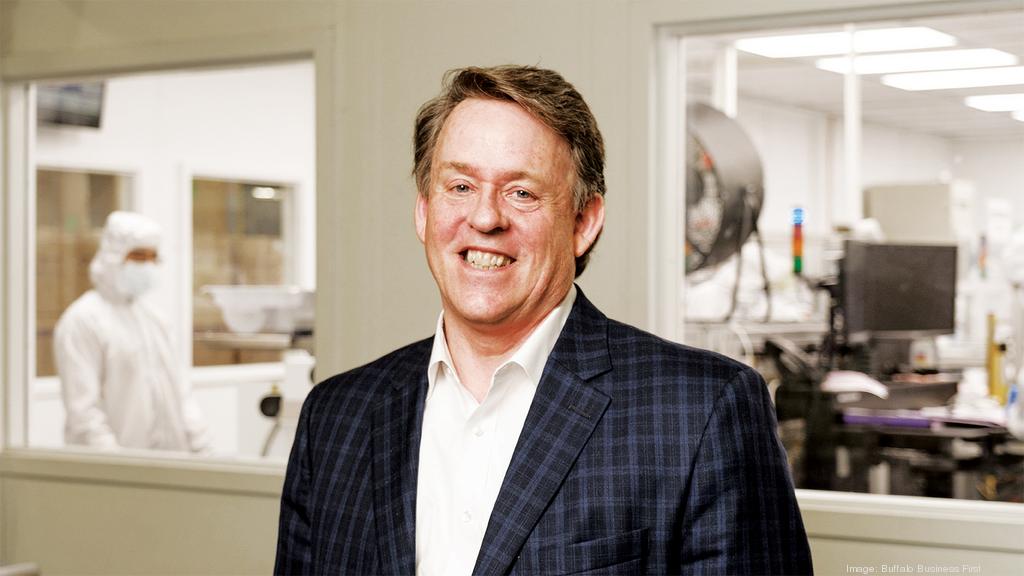 He said the company has been dedicated to building bridges across many nationalities by accommodating things like foot washing and prayer stations for Muslim employees celebrating Ramadan.

“In general, to show respect for people, it’s the accumulation of little things, like supporting their customs in small ways and benefits, not just the annual event or something,” Somers said. “We have strong programs around ensuring that there’s zero discrimination. We don’t have a minimum benchmark, we just say we’re going to continue to open doors for people with diverse backgrounds.”

Somers said employees with different backgrounds bring a variety of mindsets and often solutions to challenges in the manufacturing space.

“The value is more creative solutions to business challenges,” he said. “It adds another dimension to your culture in a great way. You have a more positive impact on people and it keeps the innovation thriving.”