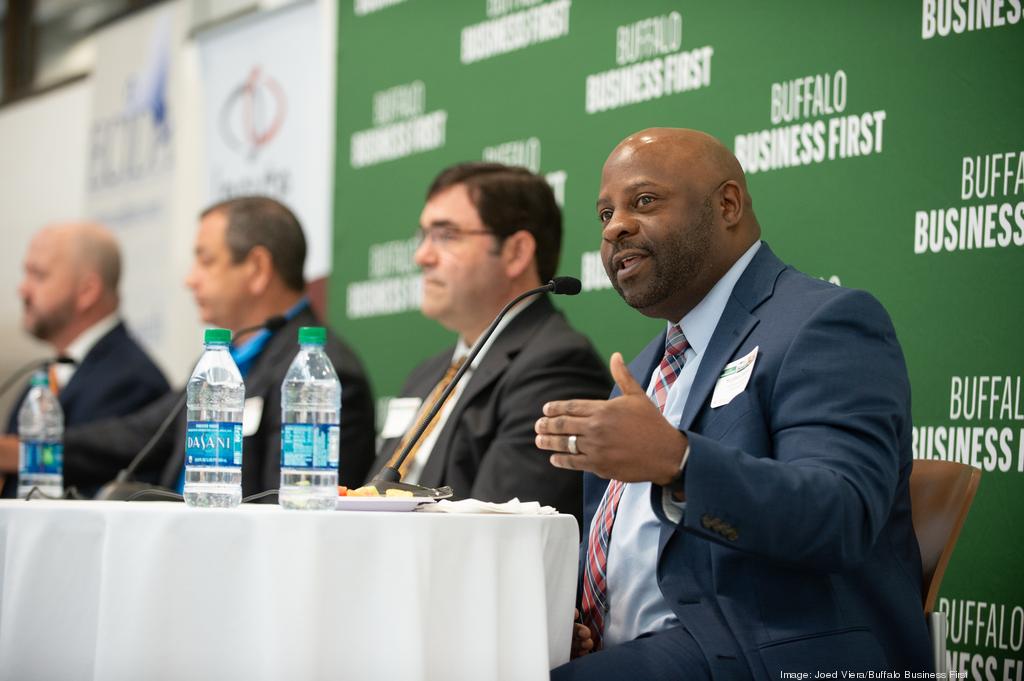 The spring was a worrisome time everywhere in Western New York, including at the Northland Workforce Training Center.

The center is New York state’s massive bet on workforce training in Buffalo, aiming to fill projected gaps in skilled trades and advance manufacturing by pumping out hundreds of skilled laborers each year.

The center’s courses – which are administered by SUNY Alfred State or SUNY Erie – went to online formats, and it was unclear whether the new curriculum would be successful and the existing students would remain engaged.

The bad news: the projected spring graduation rate declined from about 75% pre-pandemic to about 60%.

The good news: Many of those students who faded away have returned this fall to complete their degrees, and the training center’s overall enrollment numbers have continued to climb upward despite significant upheaval in households, businesses and education institutions across the world.

“Our goal is to help reshape the image of manufacturing to make it more appealing to young people and to build a pipeline to fill those jobs,” said Stephen Tucker, the training center’s president and CEO. “We are getting younger, more diverse and we’re continuing to ramp up.”

The fall enrollment at the training center was 257, compared to 211 last semester. An additional 70 students are expected to matriculate this winter, pushing the overall headcount at Northland programs to well over 300.

The center occupies about 110,000 square feet of newly renovated space at 683 Northland Ave., the site of a state-funded manufacturing campus that includes Buffalo Manufacturing Works and private tenants. Both projects were supported by Gov. Andrew Cuomo’s Buffalo Billion economic development program, with $44 million going to the training center initiative.

The facility, which hosts certificate’s and associate’s degree programs, opened to students in 2018. It also includes wraparound initiatives such as childcare and counseling.

He said graduates have reported an average starting salary of $36,000, though that ranges from students who landed at major local corporations making $52,000 salaries to people earning $18 an hour.

Northland hosted a summer program this year in partnership with the Buffalo City School District in which 82 juniors and seniors enrolled in classes for four weeks, with the hopes that some will return as full-time students.

Overall, Tucker said the story that Northland can prepare people for family-sustaining employment opportunities is starting to tell itself through successful graduates, which is generating organic interest from people who want to replicate that pathway.

He mentioned a recent roundtable discussion with two Black Northland graduates. One works at Harmac Medical Products in Buffalo and the other at PCB Piezotronics in Depew. One is earning about $50,000 a year and the other is $40,000 annually.

“They were talking about how Northland really helped transform their lives,” Tucker said. “Now they have salaries with great benefits. They are telling their friends and colleagues the same story.”